Tourette syndrome (TS) is a neuro-biological movement disorder characterized by frequent, repetitive, and involuntary vocal and motor tics. Well, that was a mouthful. TS…our first ingredient in the alphabet soup.
TS often manifests itself in early childhood, usually by the age of six or seven. It can begin with simple tics such as blinking, sniffing, or eye rolling.  Or, a tic might be complex, involving different muscle groups at one time such as kicking, hopping, or spinning. TS is different from a simple tic disorder because the symptoms involve both vocal and motor tics and last for longer than a year. TS has a genetic predisposition. My husband has Tourette syndrome and passed the gene to our son. My son has a 50% chance of passing the TS gene to his children. The exact cause of TS is not known, however evidence points to a metabolic imbalance of dopamine in the brain. 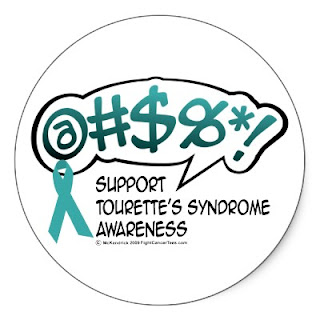 Most often when people think of Tourette syndrome they think of a person shouting profanity or racial slurs (coprolalia) or making obscene gestures (copropaxia). This is what is usually portrayed in the movies. Actually, fewer than 15% of people with TS have these tics.  More common vocal tics would be coughing, humming, clicking, or cheek sucking. About 200,000 people are known to have TS in the United States today.  TS often goes misdiagnosed because it is so complex and is typically accompanied by other co-morbid conditions. Here is where we add the other ingredients to our alphabet soup.  OCD, ADD, ADHD, SPD, AS, and more can be added to the mix. Look at all of these letters!


Obsessive Complusive Disorder (OCD) is a very common co-morbid condition. The OC behaviors of a person can be minor and more of an annoyance or it can be a serious daily disruption. OCD involves obsessive and compulsive thoughts and/or actions. A person may need to wash their hands repeatedly, touch something before moving on, or dwell on a thought or idea. For example, my son needs to place items in a certain order and will become very upset if they are disturbed.  He will obsess about ideas or thoughts and this sometimes keeps him from participating in other daily activities. We call these his “mind tics”. TS and OCD are often intertwined. Since a tic is an involuntary, compulsive movement or sound and OCD is an overwhelming need to perform a movement, sound, or thought they are often confused in diagnosis.

Attention Deficit Disorder (ADD) and Attention Deficit Hyperactivity Disorder (ADHD) are common conditions that mask the true diagnosis of TS. Although it is common for a person to have ADD or ADHD along with their TS, it is more often that a person is misdiagnosed with ADD or ADHD instead of TS. For example, when my son was in kindergarten he would get in trouble all the time for moving around in his seat, making noise, fiddling with his pencil or paper, and overall having disruptive behaviors. He had a very difficult time concentrating in class. His teacher was convinced he had ADHD.  On initial assessment, his pediatrician agreed this was a strong possibility. However, shortly after his time with a Pediatric Neuropsychologist my son was clearly diagnosed with TS. The three disorders share such a common ground that it is easy to misdiagnose a child if a thorough history and assessment is not performed by a qualified professional. My son was not exhibiting ADHD behavior. He was ticking!

Sensory Processing Disorder (SPD) is a complex spectrum of different sensory dysfunctions. When my son was younger he was extremely tactile defensive. He was very defensive towards textured surfaces. He would scream as if in pain from such things as the feel of grass, coarse fabrics, or a hair brush. He was resistant to touch mushy textures with his hands such as mud, wet sand, or shaving cream. As he has gotten older his tactile defensiveness has improved. However, he is still aversive to soft foods such as mashed potatoes, pudding, or oatmeal and he will have a strong need to wash his hands or body if he gets things like mud, wet sand, or paint on himself. Other forms of SPD may involve vestibular senses, auditory senses, olfactory senses, proprioceptive senses, and social and behavioral processing. An excellent resource to learn more about SPD, including a comprehensive check list, is The Sensory Processing Disorder Resource Center website at http://www.sensory-processing-disorder.com/index.html.

Children with Tourette may also be on the Autism Spectrum. Many of the characteristics and behaviors are similar. It is also common for people with TS to have a learning disability such as dysgraphia, dyslexia, or executive dysfunction. My husband struggles with dysgraphia which is a learning disability resulting in the difficulty in expressing thoughts into writing. In addition, children with TS are often socially and emotionally immature. 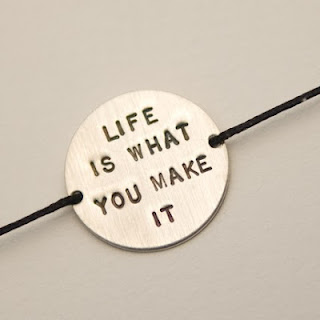 As you can see, Tourette syndrome usually doesn’t stand alone. With all of these other disorders it is just the main ingredient. Typically, the symptoms of TS will increase in severity during adolescence and then improve greatly into adulthood. There are cases where an adult may have the same or more severe symptoms than when they were younger. Often coping skills and maturity are valuable aids to being able to mask tics. Because my son has been ticking since he was an infant (which is very rare), he has become very skilled in masking and controlling his tics. He will usually do this when in public or when he is around people he does not know well. This requires a lot of energy, though, and he can only withhold his tics for a short period of time. Once he is alone or in a more comfortable environment, he will tic heavily for a long time to release the impulses that he has been holding in. It is sort of like if you had to hold in a sneeze, cough, or ignore a horrible itch. It can be almost impossible and can be very distracting. He is very open about talking about his Tourette and he prefers for people to ask him questions rather than assume things about him, not have the correct information, or sometimes just stare at him. We have taught him from the beginning that educating others is the greatest key to fighting ignorance.

Currently, there is no cure for TS. There are medications and treatments that can help to reduce the symptoms, but a person who has TS will always have TS. My son has benefited greatly from medication that helps to keep his tics manageable. It can be difficult to find the right combination of medication and that can be very discouraging. Other types of treatment may include behavioral therapy or deep brain stimulation. You can learn more about Tourette syndrome at the National Tourette Syndrome Association website

Living with Tourette syndrome is like living in a mystery or suspense novel. You never know what you will wake up to. My son has had tics come and go in a matter of days or weeks and he even has tics today that he has been doing since he was born. He is now twelve years old. He has had tics in the past that were extremely socially inappropriate or disruptive that we have had to work through using behavioral therapy. Because drawing attention to a tic will make it worse, my husband and I only address a tic that can harm him or another person or is invasive or inappropriate towards another person. We have been fortunate in that this has been a rare occurrence, but this can present its own unique challenges. When my son was four he had self injurious tics involving punching himself in the stomach and legs. As you can imagine, this was a very difficult time for our family. When TS decides to rear its ugly head it can do so in the most cruel ways.
If you know someone with Tourette syndrome the best thing you can do is get to know them as a person. You’ll find that underneath the odd movements and sounds they are just like you and me. They desire to be loved, accepted, and live their life to the fullest. Get to know them; ask them questions; understand them. Realize that their intention is not to be annoying or disruptive with their tics. Believe me! They wish they could stop what they are doing MUCH more than you do! I hope that you will take the time to visit the National Tourette Syndrome Association website, visit a TS support group, or check out a book from the library about TS. Learn more about this fascinating syndrome and, if you are lucky enough, maybe you will even have the precious gift of knowing and loving a person with Tourette.

Check out my original posting of this article and lots of other interesting articles by talented writers at the Home Educating Family Blog.
Posted by Doreen at 2:25 PM